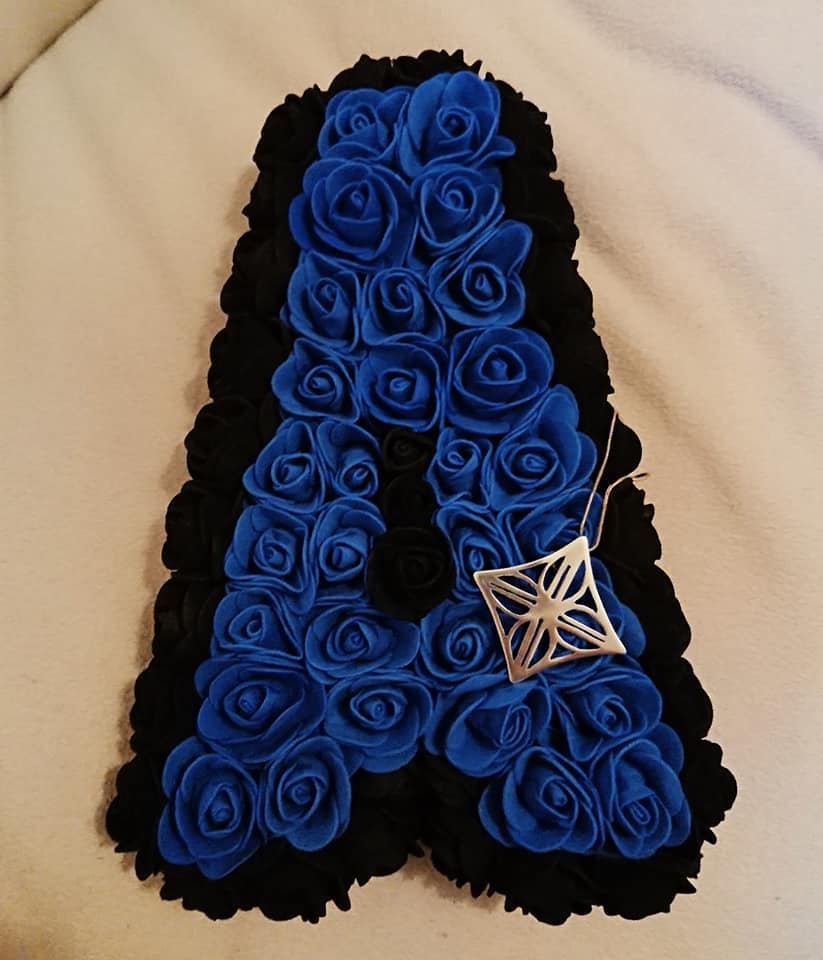 Monday 6th January, I got the news that my eldest Uncle had been taken to hospital.  It was not looking good.

The following Thursday, on a grey and wet morning, I dropped the children at school then travelled down to Bristol with my Dad and his wife.  It was not likely to be a happy trip.  My Uncle, he didn’t have much time left.  This was, in essence, a farewell trip.  Despite going rapidly downhill the previous few days, Paul was on fine form by the time we arrived mid-afternoon.  We spent a good few hours chatting, watching an old film I’d never heard of (while he and Dad discussed the calibre of the cast), and drawing.  You see my Dad’s side of the family have a distinctly creative streak.  At least two are musical, at least two draw, one is a carpenter, one does pottery and other artisan & woodland/bush crafts (and he’ll kill me for putting those two together like that!).  They also all seem to love cars, but that’s another story!  Paul is one of the artists.  Was.  So, while he and Dad chatted and he ate his tea, I sat and drew.  Just ideas.  The family had asked for a ‘family flag’ at the previous BBQ so this seemed as good a time as any to start sketching ideas.  Paul talked about the things he loved about Bristol, and what was special to them as a family about and around the city.  I drew.  Until it came to my version of a Rolls Royce jet engine.  I was chastised.  It looked “nothing like that!”.   I handed over the pencil.  He drew me an engine, then he drew me the wheel of his beloved Austin 7 (old car for the uninitiated).  It wasn’t until much later that night that Dad told me Paul could hardly see anymore.  They were both better drawn than I could have done without something to copy!  And then it was time to let him rest and for us to find some food and our beds.

We drove back towards Gloucester, to stay with family.  It was a quiet journey, not least because of the weather.  It was torrential.  We got on the motorway – the spray horrendous.  As I sat in the back, looking out of the front window, my eye was caught by the image on the satnav.  Now hubby and I have good old google maps for satnav, nothing fancy.  This car?  Built in number with ability to split screen to give you close ups of the junction!  May be normal to some of you, but it’s crucial to the story       .  You see, I got a different view of a junction I have travelled across so many times, and it was beautiful.  I was mesmerised, Janice spotted it to.  I was fascinated.  The following day as we headed back to the hospital, I watched the satnav on purpose this time, and that junction was just as beautiful on the screen.  I sat in the hospital sketching it out.  With a bit of artistic licence.

I had started a jewellery course at the beginning of that week.  I was planning to make a heart necklace using the Abi-Lou heart, but I could feel a new idea developing.

Paul asked me to show him the sketch, we all talked about the significance of the junction, the number of layers to it (four) and threw some names around for this new piece.  We talked about his favourite colour then moved on to other jewellery ideas.   By the time we returned home to Derbyshire I had decided this was the piece I needed to make.

I returned to class.  I announced that I had changed my design (not totally unusual for those who know me!).  I worked on sizing the original sketch into a workable size for the piece of silver I had already ordered for the heart.  Talk about last minute!  And then I told the teacher I wanted to be able to wear it for the funeral.  Ok.  “Do you have a date yet?” she enquired?  No.  He’s not died yet.  Oh!  She didn’t quite know how to take it!  Oops.  I knew I had said goodbye.  When we left Paul had said “if I don’t see you before, I’ll see you at the BBQ”.  We all know we wouldn’t.  We knew the next trip would be for the funeral.

For me it wasn’t strange to want to have it finished, or even make something at all.  It was the last creative thing Paul had a part of, as far as I’m aware.  I have a collection of items that I have been working on, either at the time of, or just following the deaths of my Grandmothers.  These items remind me of them every time I see and use them.  This would be the same, and even more precious because Paul had seen its conception.

Fast forward to last Monday.  I did indeed wear the necklace to the funeral.  It is beautiful, to me.  It is not totally finished, I would like to set two gems into it, an amethyst in the centre for Paul’s favourite colour, and a CZ in the left-hand point, for the final name I settled on was the Aztec Round.  The junction I had seen on the satnav was the M4/5 junction, with its curves and almost Celtic knot shape, but for all my childhood I have travelled to the this junction asleep in my Dad’s Landy, only to wake as we pulled off and see the Aztec West round about in front of me, knowing that I was minutes from Grandad’s home.  The Aztec West is part of my childhood, and the knot was a part of seeing Paul for the very last time.

EDIT: The big blue ‘A’? Paul had a favourite blue and black jumper, knittedbyt their ‘old mum’. I don’t remember it, but the family do. The jumper was found and the brothers decided to have it put in the coffin with him. It Instead of flowers at the funeral, they his name spelt out, with foam flowers that are everlasting. Clever Uncle Tony came armed with a screwdriver, dismantled the name and the individual letters were given to Paul’s grand neices and nephews with the same initial.

I'm a mum of four living in the High Peak of Derbyshire, creating the future one day at a time. I love chocolate, prosecco and making, not necessarily in that order! Xx View all posts by AbiLouHQ